Bike and Hike: The highlights of St.Patrick | The Beach-Triple in the North of Grenada

Cariboutdoor brings organic grenadian nutmegs and cinnamon to a small village on the outskirts of Munich, Germany.

These are your favourites 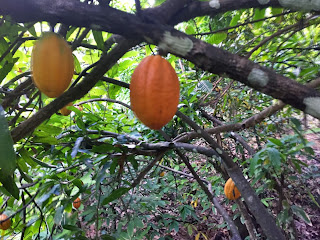 The income of a cocoa farmer, per chocolate bar

The matter about the low income for farmers in the cocoa industry is widely discussed. We will have a look at this topic from a caribbean-european perspective. We will make a calculation with the current market price for cocoa farmers in Grenada and looking at a typical bar of milk-chocolate in europe. We know that the  Grenada Cocoa Association pays 1.50 XCD per pound of wet cocoa beans in 2015. That means the farmers pick the cocoa pods from the tree, open the pod and take out the beans.  These beans are sold to the  cocoa association. There it will be fermented an dried, during this process the cocoa beans loose about 30% of weight. Hence, one pound of wet cocoa is approx. 0.7 pound of dried cocoa.

Our Digital Travel Guide for Grenada 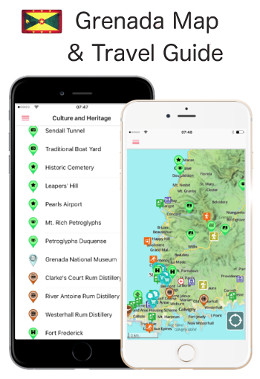